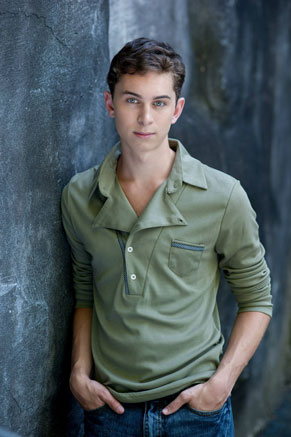 Rusty Jr. started acting in 3rd grade (February 2005) playing the lead role in a school play titled "Cross Country". After he expressed an interest in doing more acting, his mom located an agent in Raleigh and after auditioning he was signed. He landed his first commercial in (July 2005). He has done several Christian films including "Wesley" which is the story of John Wesley, Rusty played young John. He also appeared in the short film "Fatal Flaw" and the full feature "Paranormal", a film about spiritual warfare. He had a great time on the set of "Courageous" playing the character Dylan Mitchell. He has numerous films coming out in the next year: Jackson's Run, Love Covers All, Princess Cut, Destiny Road, as well as Polycarp: Destroyer of Gods. He is an Eagle Scout and serves on the National Board for College Plus. He has been pursuing a dregree in Business Communications while completing his Senior year at Wake Christian Academy.