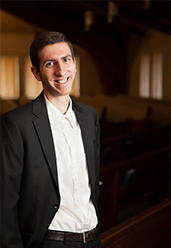 After many childhood experiments with filmmaking, Scott began work as a film producer in 2003.  Early on, he saw first-hand the many obstacles filmmakers often face in distribution, so he decided to learn how to market and distribute films, giving him a good understanding of not only what it takes to make films, but also how to bring films to an audience.  He has used his marketing and distribution skills to promote films by other film companies including Gunn Productions, HeuMoore Productions, and Franklin Springs Family Media.  He considers it a privilege to be making films that honor God and help to equip Christians with a biblical worldview.  Recent films include "Act Like Men" and 2012 SAICFF Best Documentary award-winner, "IndoctriNation."